Enter your City name or Pincode

Yemmiganur is a municipal town and mandal headquarters of Kurnool district in Andhra Pradesh. Although it is a small town, but it is a major town of the district. It belongs to the Rayalaseema region and is located at a distance of 70km west of Kurnool. Adoni, Raichur, Manvi are the main cities near Yemmiganur. Telugu is main local language followed by Urdu.

Yemmiganur is surrounded by Nandavaram Mandal in north, Gonegandla Mandal in east, Peddakadabur Mandal in west and Mantralayam Mandal in south.

Yemmiganur was a part of the mighty Vijaynagar Empire from the 14th to 16th century. The culture, architecture and traditions talk about the glorious past of the region. In 1965, the Panchayat of Yemmiganur was upgraded to a municipality. Now it is a Grade -I Municipality. It is a city at present. The current MLA of Yemmiganur is Jaya Nageshwar Reddy. The size of the municipality is around 14.5 Sq Km. with 33 election wards and 18 revenue wards. 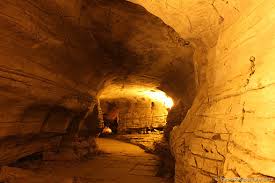 Belum caves are one of the most special tourist attractions of the region. Both international and domestic tourists flock to the caves in large numbers to see their natural beauty and spell-binding structure. These caves are the second largest caves in India and the longest caves in plains of the Indian subcontinent. The stalagmite and stalactite formations in the caves are the main attractions. These are natural underground caves formed by the constant flow of underground water. A majority area of the caves is made up of black limestone. The deepest point in the caves which is popularly known as Pataalganga is 150 feet from the entrance level. Legends believe that these caves were once inhabited by Jain and Buddhist monks. Many Buddhist relics were found in the caves which are now preserved at Ananthapur Museum. Today, 3.5 km of the cave has been successfully explored, though only 1.5 km is open to tourists. The caves are located at a distance of about 180 km from Yemmiganur. 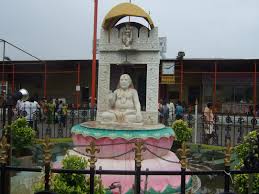 Mantralayam is a village in Kurnool district of Andhra Pradesh and is popular for its religious significance. The village is located on the banks of Tungabhadra River and borders Karnataka. It is one of the most famous pilgrimages in South India and is home to original samadhi of great Vaishnava saint Sri Raghavendra. It is believed that the saint himself chose Mantralayam for his Jeeva Samadhi. The town is noted for the presence of Vrindavan (sacred burial) of Guru Raghavendra Swamy. Experts say that Raghavendra Swami is in Vrindavan from the past 339 years and is believed to be in Vrindavan for another 361 years. While entering Vrindavan, Guru Raghavendra Swami stated that he would be there for 700 years.

The temple is easily accessible by both public and private vehicles. There are frequent bus services from Adoni, Yemmiganur and Kurnool. It is located just 24 km from Yemmiganur. 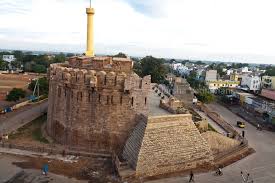 Kurnool Fort is situated in the heart of Kurnool city and is the most prominent landmark. It was built by Achyuta Devarayalu of the Vijayanagar Empire during the 16th century. It is a popular tourist attraction of the city. It is a two storeyed fort and has a tall pillar right in the center of the structure. The first storey has a 25km long underground passage which directly takes you to Alampur town. Fort Konda Reddy Buruju is a part of the Kurnool Fort. Initially, this was a prison and later was converted into a fort in the memory of Konda Reddy who died in the prison. A large part of the fort is in ruins but the other portions talk about the history of the region and the magnificent architecture. Climbing to the highest point and getting the breathtaking view of the entire city is certainly worth the effort. Kurnool is situated at a distance of about 69 km from Yemmiganur.

Sri Mahayogi temple in Adoni is a major tourist attraction in the region. The temple is dedicated to Goddess Mahayogi Laxamma, also known as Avva which means grandmother. The temple is very popular especially among the locals. The people of Adoni hold Goddess Mahayogi in great regard. This beautiful ancient temple is located at a distance of 30 km from Yemmiganur. Considering its popularity one can easily reach the temple via public transport - bus and cabs. 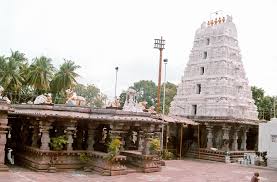 Srisailam is one of the 12 jyotirlingams dedicated to Lord Shiva. It is situated in Kurnool district. The temple is situated on the banks of Krishna River and has elevation of 409 meters. Considering the religious importance that the temple has, it attracts a lot of domestic tourists.
Srisailam is located at a distance of about 240km from Yemmiganur. 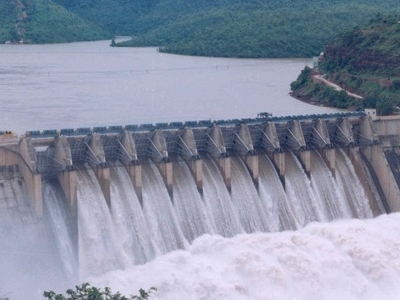 One of the most popular tourist attractions of Srisailam region is Srisailam Dam. It is constructed across Krishna River and is the 3rd largest capacity hydroelectric project in India. The dam was constructed in a deep gorge in the Nallamala Hills in between Mahabubnagar and Kurnool districts, 300 m (980 ft) above sea level. It has a reservoir that is spread over 800 sq. km. The dam and its reservoir are great picnic spots and attract a lot of domestic and international tourists. The panoramic of the Krishna River amidst the lush green cover is a site that needs to be seen to be believed. Other nearby places that can be visited are the ruins of the ancient Nagarjuna Viswa Vidyalayam, many rock shelters and cave temples like Umaa Maheswaram, Akka Mahadevi Bhilam and Dattatreya Bhilam. 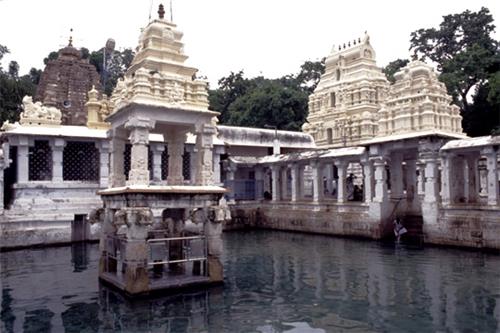 Mahanandi is a small village situated in the east of Nallamala hills in Kurnool district. It is a calm and serene village surrounded by thick forests and a popular religious tourist attraction in the region. Located within 15km of Mahanandi are the nine Nandi shrines known as Nava Nandis. Mahanandi is one of the nine Nava Nandis. The 1500 years old shrine of Mahanandiswara Swamy temple is also located in the region. It is a great place for history lovers and photographers.

Hospet is located in Bellary district of Karnataka. It was built by Krishna Devi, a popular ruler of Vijayanagar Empire in memory of his loving mother. The town is situated very close to Hampi and is a renowned world heritage site. Hospet is also known for its steel and mining plants. It is situated at a distance of about 162 km. The town is the gateway to Hampi ruins and can be easily reached via both public and private transport.


Some of the most popular tourist attractions of the region are – 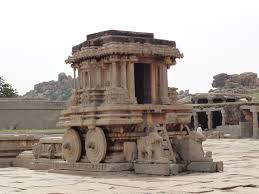 It is one of the most visited tourist attractions of the region. The ornate of 16th century is positioned on the southern bank of Tungabhadra River and the shrine is dedicated to Lord Vittala. The main highlight of the temple is the 56 musical pillars. These pillars when struck produce a melodious sound. The temple is also home to Varaha, one of the many manifestations of Lord Vishnu. A stone chariot for Garuda, a carrier of Lord Vishnu is placed near the entrance of the temple. The pillars of the temple have intricate carvings and ornamented with depictions of Narasimha.
Timings: 8:00 am – 5:30 pm, everyday 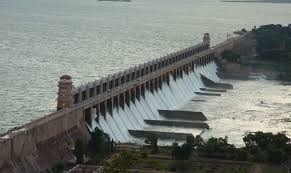 Tungabhadra Dam is a major tourist attraction of the region. It is constructed across Tungabhadra River which is a tributary of Krishna River. The reservoir of the dam is spread over an expansive area of 378 sw. km. It is a multi-purpose dam – irrigation and electricity generation. The reservoir and the dam itself is a popular picnic spot. There are many ancient temples near the dam which are worth visiting. 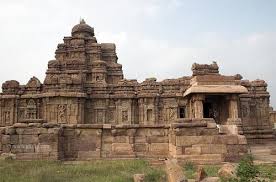 Virupaksha Temple is dedicated to Lord Shiva and is one of the most popular shrines in Hampi. The temple is a part of the UNESCO World Heritage Site. Virupaksha is a manifestation of Lord Shiva and is housed in the temple along with Goddess Pampa, a regional goddess associated with Tungabhadra River. The temple is said to be built in 7th century and is known for its ancient inscriptions and carvings. During the Chalukyan and Hoysala period there were certain additions done in the temple complex. The beautiful pillared halls, magnificent entrance and the courtyards are the main attractions of the temple.
Timings: 6:00 am – 6:00 pm, everyday 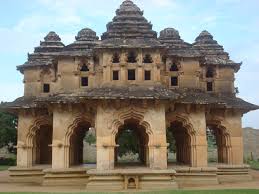 The name of the structure itself talks about its grandeur and majesty. It extends over an area of about 15 meters. Enveloped between galleries, archways, and verandas of Rajasthani style, the bath is a beautiful example of the bygone era’s architecture. It is a stepped well and in the ancient times there was a waterfall in the complex as well. A part of the structure is in ruins but even then it is a splendid site. 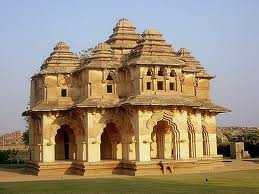 Lotus Mahal is one of the most prominent structures of the Zenana Enclosure. It is known for its intricate carvings and detailed architecture. As the name suggests, the dome and the structure resembles the shape of a lotus bud. The Lotus Mahal is designed in the Indo-Islamic style of architecture. The base of the structure has traditional Vijayanagar style of architecture and the upper portion has nine pyramidal towers of varying size. It is a two-storeyed structure. The archways of the Lotus Mahal resemble the petals of the lotus flower and give the appearance of a half-open lotus bud.

Another interesting fact about the Lotus Mahal is that it was an air-cooled structure. The runway of pipes gives a proof of this. It is a must visit when you are in Hampi or Hospet. The entire structure is illuminated during dusk and looks marvelous. It is ideal for photography. 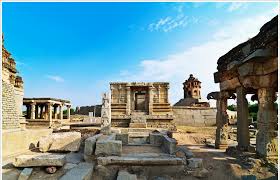 The Royal Palace complex is one of the main tourist attractions of Hampi. It is a fine example of the architectural brilliance of the yesteryears. The complex served the royal family of the Vijayanagar Empire.
Timings: 6:00 am – 7:00 pm, everyday

Comments / Discussion Board - About Yemmiganur